The most difficult letter to write ,子ーko

I found an internet article telling that the most difficult japanese character to write is "子".

This character reads as/ko/. The meaning is child.

The under figure shows the standard writing style. To write it in a balanced position. 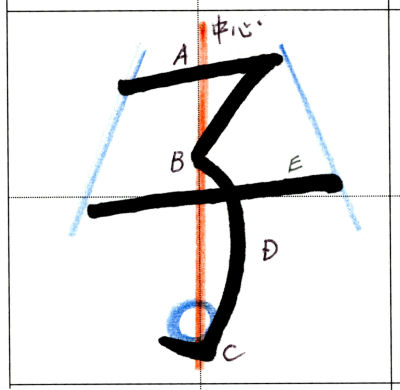 1.The A,B,C parts shown in the figure should be on the straight line(the red vertical line). These are bad examples.

2.You do not bend (C) at sharp angle. Almost horizontal angle is preferable.

4.You write the (E) part just under the (B) part. If this line is positioned lower than the expected, it will give a "lax" impression. 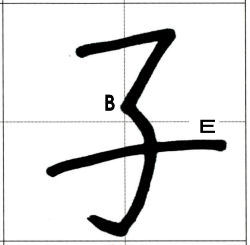